A well-known fixture in Old Town Alexandria, VA, Harambee Books and Artworks extends the selection of mainstream black literature that is offered by large chain stores. Beyond the best sellers, Harambee Books offers the opportunity for one to go deeper into the African-American literature by offering an inventory that includes smaller presses and self-published works.  Although one can find the core collection of classics in literature that focuses on the long history of African culture from ancient to modern times, as well as subject categories like Street Life, Race & Culture, and Autobiography,

Harambee’s commitment to the empowerment and education of all people is fulfilled by the unique selections on their shelves.

HARAMBEE means “working together” in Swahili. 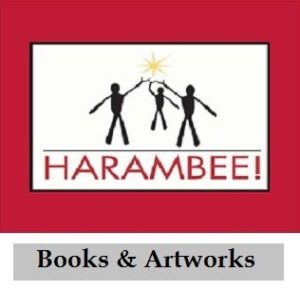 In addition to books, the store offers artwork and a line of apparel.  With a goal of improving literacy and encouraging parental engagement, Harambee Bookstore offers reading programs, educational workshops, and a variety of community-based events. The book store in particularly proud of the growing children’s section, aiming to have one of the largest inventories in the nation.  Besides being a place for lovers, Virginia is a place for book Festivals for children as seen by Harambees and other festivals throughout Virginia such as the Farmville festival – Virginia’s Children’s Book Festival.

In March of 2018, this bookstore held its inaugural, one-day book fair with the goal of bringing readers to the authors.  A major part of the initiative behind the festival is the promotion and preservation of African American children’s literature.  The mission statement of both the store and the festival is that literacy education is a fundamental human right for all people.  The outreach of the 2018 festival was impressive, with marketing extending to over 300 African American bookstores, more than ten thousand readers, and 65 libraries.

One of the greatest literary geniuses of our times, and MacArthur Genius Grant recipient, Chimamanda Ngozi Adichie, appeared at this first book festival.  For many, this author has become the voice of modern feminism.  To have an author of such stature appear at what, at first glance, appears a small, local festival, speaks volumes about the regard in which the Harambee Bookstore and its owners and staff are held.  Appearing alongside Adichi, in addition to more than 40 authors, both known and new, was Marjuan Canady, co—creator and author of the Callaloo character and children’s media brand, and was another featured author at the first UJAMAA festival.

Callaloo is a fun and educational series that promotes cultural literacy for kids and many critics have claimed that this author has singlehandedly changed the face of children’s literature. 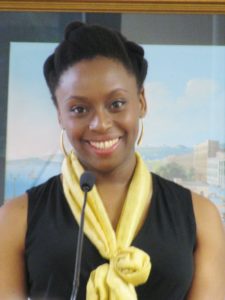 The next UJAMAA festival is scheduled for March 30, 2019.  For those readers who are festival followers, some serious choices have to be made.  Someone still needs to solve the problem of how to be in two very different places at once!

While visiting Virginia for all these yummy venues, don’t neglect to check out Alexandria’s Old Town itself.  The designated Old Town is a designated historic district that George Washington called home.   Along the cobblestone streets and brick sidewalks, one can find a staggering number of restaurants, boutiques, and museums.  Anchored on the east by the Potomac River, the historic streets end at the waterfront, with spectacular views.  Regardless of one’s own particular passions, from food, to art, to history, to shopping, Old Town Alexander is a destination all in its own.  And, whether a good thing or a bad thing, Alexandria is a 15-minute train ride from D.C.’s King Street station.  A little planning could place one in Charlottesville for the Virginia Festival of Books and one could finish up a wonderful, springtime vacation week in Old Town Alexandria. Once you have visited Charlottesville, and picked several delicious literary selections, remember to entertain yourself and “Keep your nose in a Book.”

What I Learned From Texas Book Festival?