The Texas Book Festival was founded in 1995 by Laura Bush but has growing tremendously over the years. It is by far the most prestigious literary festival in the nation attracting over 250 critically acclaimed national authors. It is usually held across over twenty venues including the State Capitol. The event creates countless opportunities for book enthusiasts to meet authors.

There are over 100 exhibitions during this event which is held in Austin including family activities and local food trucks. The event is usually held in late October of early in the month of November. Over the years, the festival has played host to thousands of award-winning authors like Robert Caro, Margaret Atwood, Walter Mosley, and many more. Growing up, I have always wanted to be a part of this event and other literary events.

In the past the aim of this festival was to benefit the public library system of the state, give respect to Texas authors and promote the reading culture. As the event grew, the focus moved to nationally known authors and so was the mission statement rewritten.

One of the most awaited event

It was a pleasure to be part of the First Edition Literary Gala held on Friday evening preceding the Festival Weekend. It was a memorable event for me and I bet many will agree so. The event was packed with cultural arts supporters, dignitaries, and literary luminaries. I learned that it is the proceeds from this event that keeps the Festival Weekend free as well as fund the outreach programs for the year.

Submission For The 2019 Festival Opens In January 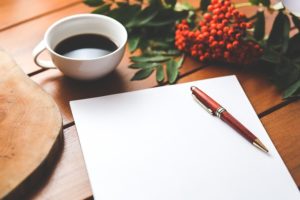 The submission of the 2019 edition of the Texas Book Festival will commence on the 14th of January and run until the 1st of June 2019. The submission is open to authors whose books are published in 2019. The selected authors will have to bear the full cost of their travel expenses.

The 2019 edition of the event will also take place in Austin but the dates for the events will be made public in the early part of January 2019. A team of Author Selection Committee made up of professionals in the book industry will go through the submissions and decide the authors that would be invited.

What Type Of Books Will Be Considered?

I was excited to know that a wide genre of literature is accepted because I am planning to send in my submission next year. A list of the genres that are accepted include fiction, narrative nonfiction, graphic novels, cookbooks and food-related titles, poetry, art and architecture titles, titles with a focus on Texas or written by Texas authors. I hope I get selected.