One could look for a long time to find a better setting for a festival.  Morristown, New Jersey is located only 30 miles west of Manhattan, in an area steeped in colonial history.  Morristown has been a crossroads of culture and commerce.  Founded in 1715 and named for the first governor of the New Jersey colony, Lewis Morris, the town was also winter headquarters for George Washington’s army in the winter of 1777.  Today this history is visible in a variety of locations throughout the town that collectively make up Morristown National Historical Park. 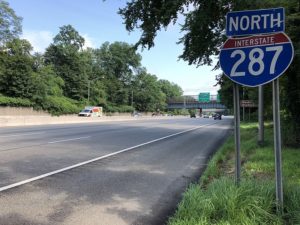 Today, Interstate 287 runs to the east of downtown after curving around New York, then offers access to Interstates 80 and 78.  It’s just a quick ride upon the New Jersey Transit, which has regular service to and from New York as well as to and from points west, including Dover and Hackettstown. The Morristown Green makes up the center of town. With everything it has to offer all in one central local, it is the perfect spot for the numerous festivals that occur here year-round.  A nice variety of shops, restaurants, condominiums and offices surround the Green.  The mixed-use business district, with its 141 restaurants, 20 bars, 9 coffee shops, award-winning 1,302-seat Community Theatre and upscale 10 screen cinema offers plenty of eating, entertainment and shopping opportunities for festival attendees who want a moment away from the literary activities.

Even though it is a relative newcomer to the book festival scene at only 5 years old, the Morristown Festival of Books in Morristown, N.J., has modeled itself on other successful book events and then went above and beyond with its own flavors and spice to create a deliciously unique festival that anyone who is in the literary world; publishers, authors and participants, all rave about and tout “it’s a must. Having this information, I knew I needed to find out more.

The Festival Of Books 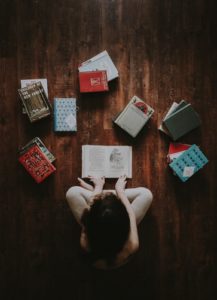 With a little bit of research, I quickly uncovered why Morristown Festival of Books is heralded as a must for Book Festival enthusiast: they go all out to please everyone involved in this two-day, rain or shine, jammed packed with events for participants

Throughout the weekend, one will be able to interact and mingle with over 50 esteemed authors who will be speaking about and highlighting their works from all niches and genres. Many of these acclaimed authors include Caldecott medalists, Pulitzer Prize winners, and New York Times Top Ten Book Chart Toppers. Imagine meeting and discussing topics with your favorite literary genius while he or she nonchalantly signs a copy of a latest masterpiece just for you.

The majority of this 2-day gala is free with a few select ticketed event; for example, opening night is a such an occurrence when the promotors have arranged a guest keynote speaker to address the populace. Frequently a pair of speakers has been prepared for the occasion. From 10-5, in several locations throughout the lovely town of Morristown, the promotors have set up a list of speakers, signings and events for people to attend while enjoying the beautiful historic district that is offered as the enchanting backdrop for this fall erudite gathering.

With the country in the political upheaval that it is, there was no surprise that this past year fall festival had a political undertone. In welcoming back several veteran authors as well as up-and-coming new talents, the 2018 festival, held October 13 and 14, brought more than 50 award-winning and best-selling authors to downtown to speak and answer questions.  Key-note speaker was John Kerry, former Senator and Secretary of State, discussing his new memoir, Every Day Is Extra, in a session moderated by journalist Anne Curry.  Likewise, every category had some title that was political engineered to make the reader ponder the current state of political and cultural affairs across the globe.

From the Non-fiction, besides Senator Kerry’s memoir, the festival welcomed Kate Moore’s New York Times, best-selling author of The Radium Girls, and Oanh Ngo Usadi’s featured book Of Monkey Bridges and Ba’nh Mi Sandwiches.  Both books tell of true historic struggles of women during political strife that was grossly overlooked.

Speaking of the power behind words, Fiction writer Uzodinma Iwealahit the world by storm with Speak No Evil. As a new fiction author, he won a list of awards for this first fiction about an oppressed homosexual in a seemingly perfect bubble; that is, until the perfect bubble pops. Speak No Evil is an in depth look about the constraints and all the weight (not merely a physical, but emotional, sociological, cultural, even economical) strain people, institutions and expectations that is put upon a gay man who comes out to a ultra conservative family.

The struggle and violence are real and raw, thought provoking without being a beacon billboard.

Yet another wonderful historical, political fiction to read is Susan Holloway Scott’s, I, Elisa Hamilton, which through Scott’s research paints a vivid and colorfully detailed account of the very popular, presently Alexander Hamilton’s wife Eliza, and their lives together. Through her writings, the reader finds what most women already know,

“Behind every great man, is a supportive spouse, helping him every step of the way.”

Even for young adults, authors are getting them involved in a movement that might inspire them. For example, nominated for the National Book Award, IbiZoboi has written an empowering book Pride. How do you hold on to your culture, where you come from, your family core, when everything around you is changing and becoming a different, more complex, more gentrified society? Where do you draw the line at giving in and keeping your Pride? This marvel of literature is a modern-day Pride and Prejudice for a different generation to be thrilled over.

Finally, Morristown is conveniently located for both authors and attendees, being central to the New Jersey, New York, and Pennsylvania areas.  Both historic and iconic locations opened their doors to host events.  The Morristown festival is outstanding in its appeal to a variety of ages and interests.  In addition to the “adult” authors with the leading names in both non-fiction and fiction genres, the festival also featured a “KidFest” featuring notable children’s authors and illustrators, in addition to music, crafts, and young authors’ workshops: in other words, a buffet of artistic fun for the child in everyone.

With everything Morristown Festival of Books has to author it will definitely be on my things to do list for many years to come. Next year it will be October 11 & 12, 2019, and you can always stay on top of things by visiting their website at http://morristownbooks.org/#/ms-1/1 . Hope to see you there, but until then, “Keep your nose in a book.”

Virginia Children’s Book Festival: More Than A Mobile For Books, It’s A Mission